Soon after returning to power in 2012, Japanese prime minister, Shinzo Abe, boldly asserted that “Japan is back” from its “lost decades” of economic stagnation and political turbulence. Under the Abe administration, Tokyo has ambitions to assume a greater role in global leadership, and policymakers believe that soft power is the key to achieving this.

Japan has long been aware of the potential of its soft power. Especially since Douglas McGray’s 2002 Foreign Policy article on Japan’s Gross National Cool, Tokyo has been trying to convert the global spread of Japanese pop culture into political influence and economic gains.

Influenced in part by Tony Blair’s Labour Party in the UK, Japan introduced “Cool Japan” in 2010, its own version of the “Cool Britannia” campaign. But over the past decade, Cool Japan has been widely criticised at home and abroad for its failure to capitalise on the Japan brand.

At the same time, Tokyo officials are concerned that Japan is losing out to its regional neighbours in the information war. The sudden rise of the Korean Wave – the explosive popularity of Korea’s cultural exports, which been nurtured by the government – is overshadowing Japan’s role as East Asia’s soft power giant. Meanwhile, China is also rapidly expanding its network of Confucius Institutes, educational centres housed within host universities to promote the global spread of Chinese language and culture. 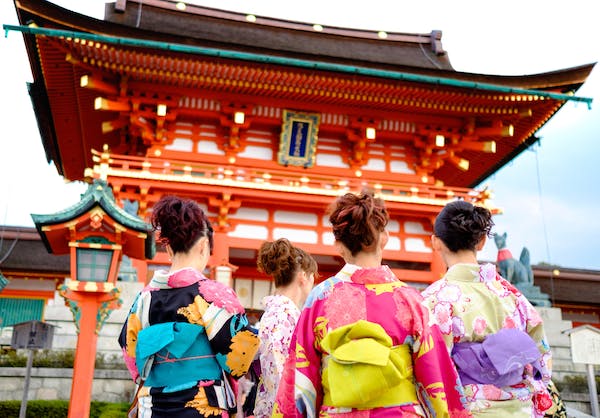 Missing out?
Political scientist, Kent Calder, set other alarm bells ringing in 2014 when he revealed that Beijing and Seoul are more effective at navigating informal networks to bolster their presence in “agenda setting centres” such as Washington DC. Tokyo is concerned that this gives China and Korea the opportunity to create an unfavourable narrative of Japan, particularly regarding territorial and historical disputes.

Japan: lots of stories to tell.
And so Tokyo has committed to strengthening its public diplomacy efforts. In 2015, the Ministry of Foreign Affairs (MOFA) received a major US$500m cash injection to increase the nation’s influence on the global stage by “strongly communicating Japan’s views”.

At the heart of Japan’s strategy is the new MOFA-directed Japan House. This initiative consists of three cultural centres, in London, Los Angeles and São Paulo – key cities targeted for their global reach or deep historical connections to Japan.

According to the Diplomatic Bluebook – the annual report on Japan’s foreign policy – Tokyo is hoping to “communicate a correct understanding of Japan” and cultivate supporters through sharing the diverse appeals of the country. But while projecting a more assertive approach, the Japan Houses exclusively focus on culture rather than regional disputes to avoid any criticism of them being distributors of propaganda.

So will they have the desired effect? Japan is seeking to win over global audiences through “high-end” public diplomacy. The Japan Houses are shifting away from hackneyed images of traditional Japanese culture and narrow views of Japan as a quirky land of anime, instead targeting an “upmarket” audience of wealthy business executives, city professionals, millennial foodies and highbrow arts enthusiasts. If this section of the public can become fans of Japan, the thinking goes, then they will be sympathetic to Japan in various agenda-setting forums. Tokyo is banking on the sustained cultural and political influence of this socioeconomic class.

The Japan Houses – and their output – have been carefully curated to position Japan as the 21st century’s cultural standard bearer. In London, for example, the chosen location was an Art Deco, grade II-listed building on prestigious Kensington High Street, located near the city’s V&A and Design museums. The events and exhibitions staged within focus on highlighting Japan’s long history of regionally rooted craftsmanship and refined design sensibilities. The prices in the aesthetically pleasing museum shop and rarefied restaurant arguably make them inaccessible to many onlookers.

But Tokyo’s targeted attempt to broadcast the “correct” vision of Japan to a defined, high-end audience is at odds with key trends within public diplomacy and cultural institution management.

Inclusive or exclusive?
First, there has been a major shift from old to new public diplomacy. If the old was characterised by the top-down, unidirectional transmission of ideas from diplomatic ivory towers, the new values a dynamic, accessible approach that appeals to multiple stakeholders and encourages them to take part in the co-creation of a shared narrative. The rise of non-state actors in international affairs and the digital revolution has meant that it is much harder for governments to neatly control their message. Dialogue has become the name of the game, and the discussion should involve the many, not just the few.

If the 20th century was a race for the top, the public diplomacy winners in the 21st century will be those who can master networking from the centre. The Japan House initiative must focus less on communicating Japan’s cultural leadership credentials to an exclusive audience and do more to empower and appeal to diverse stakeholders. If it doesn’t, the project risks becoming an anachronistic appeal to yesteryear.

By: PhD. Warren Stanislaus Candidate in History, University of Oxford