U.S. used Contra fighters to destabilize Nicaragua through a campaign of terror directed at its people. The testimony of the victims of contra attacks exposes the policy of torture, murder, rape, kidnapping, and random violence employed by the people Ronald Reagan describes as “the moral equals of our founding fathers”.
Bellow, the “Save the Contras” posters were part of short-lived fund-raising campaign by college Republicans in 1985. It came to a halt after “Save the Children,” which it was mimicking, complained. [Congress’ Iran Contra Depositions, v. 22, 855] PhotoSource 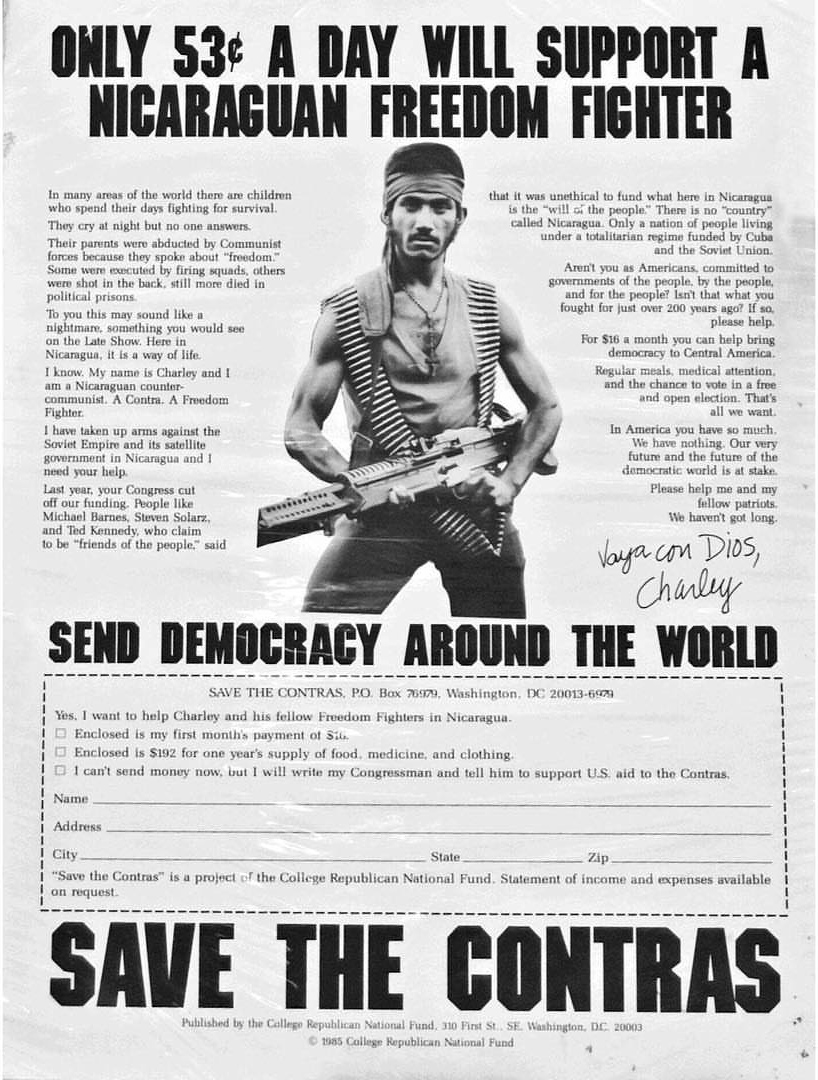