[P] Publomacy is not an easy, neither a simple topic to find a good resource of knowledge about, manly because publomacy is still in it’s first stages as a field of study. books that had the phrase “public diplomacy” on covers in pre-2000 never exceeded 20 book, even though publomacy -in practice- is almost 100 years old, and as phrase at least 70 years old, when it was coined by Edmund Gullion in 1965 to describes a government approach toward foreign public in an attempt to sway their public opinion and influence their government through them.

Today, even one can find hundreds of books and articles about publomacy (P.D), still, few can be worthy, here I put my list of must read books regarding publomacy, which I will update periodically. 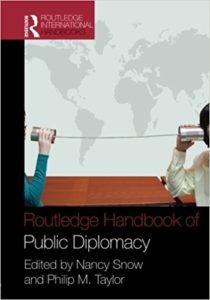 Routledge Handbook of Public Diplomacy
provides a comprehensive overview of public diplomacy and national image and perception management, from the efforts to foster pro-West sentiment during the Cold War to the post-9/11 campaign to “win the hearts and minds” of the Muslim world. Editors Nancy Snow and Philip Taylor present materials on public diplomacy trends in public opinion and cultural diplomacy as well as topical policy issues. The latest research in public relations, credibility, soft power, advertising, and marketing is included and institutional processes and players are identified and analyzed. While the field is dominated by American and British research and developments, the book also includes international research and comparative perspectives from other countries.

Published in association with the USC Center on Public Diplomacy at the Annenberg School based at the University of Southern California. 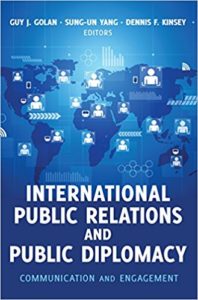 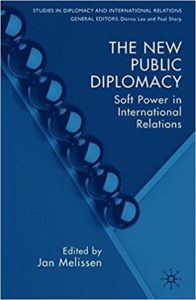 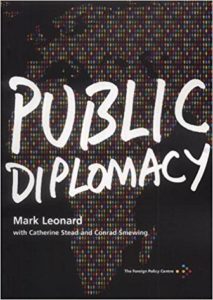 Public Diplomacy
written by Mark Leonard and Published in 2002 by the Foreign Policy Center (FBC), this study can be considered as one of the first academic study in the concept of public diplomacy; publomacy, and the basis of most writing in publomacy since 9/11.

The importance of this study comes from the American glasses that Leonard used to analyze publomacy , from the concept to history to examples – which- all lead to the basics of the most known dimensions of publomacy.